Which Car Manufactures Are Now Going Electric Following in Tesla 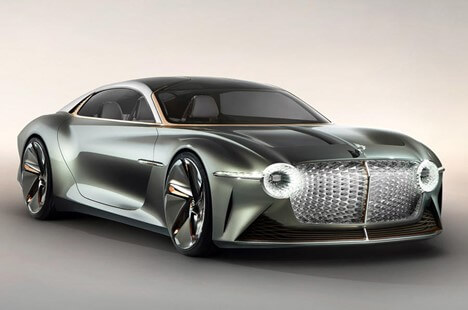 Businesses all over the world are becoming more and more ecofriendly. One of the sectors responsible for disrupting the environment is the automobile sector. Not only does it affect the environment in the manufacturing process but more vehicles on the road mean more fuel emissions. However with the introduction of Tesla cars in the market few years back, automobile brands were put on notice. They knew that if they want to succeed in the current world that is focusing heavily on environmental friendly aspects of everything, then they had to go electric as well. The increase in popularity of Tesla cars in the last few years is another indication to why car manufactures should go electric.

Some car manufacturers are trying their best to play their part in keeping the environment safe. This is why they are following in the footsteps of Tesla and they are planning to introduce their own electric cars in the market. We have gathered a list of 4 prominent car manufacturers that are going electric after Tesla.

Jaguar has already announced the launch of their first electric car I-PACE. It is a beautifully designed SUV and has all the features you can expect in a Jaguar. However the brand will go fully electric in the year 2025. Jaguar is planning to entirely change their brand image to become a brand that offers environmentally friendly electric cars.

Lotus Cars is going to stop making gas powered models and will only make electric cars in 2030. Emira will be the last combustion model from Lotus. This change is part of the company’s goal to make “more accessible” and “less polluting” vehicles. Lotus Cars is yet another company acknowledging that the future of cars will be electric.

Cadillac is a part of General Motors, and as the largest branch of GM, they are always looking to push the boundaries. They have done so by announcing that they will be releasing an all-electric Cadillac in 2030. Cadillac’s release of an all-electric car in 2030 will not only push them ahead as a pioneer of innovation, but will also set a standard for other car companies to follow suit. The brand will launch its first electric vehicle Lyriq in 2023.

Bentley is going electric by the year 2030. CEO Wolfgang Dürheimer confirmed that the company was in the process of developing its first electric vehicle. Bentley is all about luxury so this might be tricky as there are some design and engineering hurdles that have to be overcome before it can be released to the public. This new model will be an SUV, which is a popular market segment for Bentley cars right now.