HAS COVID-19 AFFECTED THE CLIMATE CHANGE? 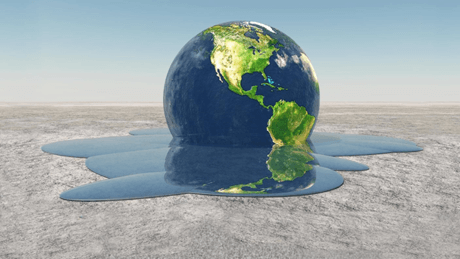 Coronavirus hit the world like a storm, quite literally. It wreaked havoc not only in one state, but all across the Globe. Something that started in China, spread like wildfire all across the world, leaving no country safe or untouched. It caused a health crisis all across the globe, making governments take drastic measures in order to stop it from spreading. Strict confinement measures were taken all around the world, and lock down was the new fad. It killed millions of people and millions lost their jobs due to the economic crisis this virus brought along. However, the virus also brought some surprising changes in the way it impacted the environment and the atmosphere. The changes have affected the climate, for better and for worse.

Research has shown the air quality in the atmosphere had improved due to low carbon dioxide emission and human transportation. So, the emission of CO2 dropped massively when recorded by the scientists in April. However, in May, there was a massive increase in the carbon dioxide levels because the CO2 emitted by the people earlier accumulated and hence, gave such a high percentage. This is so because the carbon dioxide gas stays in air for a comparatively larger period of time.

LESS POLLUTANTS IN THE AIR

Due to strict lockdown, factories, transportations and industries were on a halt. Which resulted in less pollutants in the air. In cities like Paris, Milan. Madrid, etc.  it was recorded that the nitrogen dioxide in the air has decreased massively. These changes might not be long term, and the virus might have affected everything else adversely, it clearly had positive short terms effects on the climate.

The Amazon forest is the biggest source which absorbs billions of tons of carbon dioxide from the environment and the atmosphere, each year. Due to coronavirus, the government of Brazil was focused on dealing and protecting the citizens from the virus, on the other hand, illegal miners were taking full advantage of the coronavirus situation and were cutting down trees in the forest and clearing large areas. The areas that were being cleared were burnt in order to make them suitable for grazing the cattle. All this resulted in a huge, unstoppable wildfire in 2019, which destroyed more than 3000 square miles of the Amazon forest. In this situation, coronavirus indirectly affected the climate for worse.

PAUSE IN THE NEGOTIATIONS

Due to coronavirus, there came a huge delay in the negotiations that had to be held internationally in order to protect the environment. In 2020, the global conservation issues had to be solved by taking certain measures, but due to the virus this has been postponed and will now commence next year, in 2021. Similarly, new polices had to be made in the beginning of 2020 in order to protect the forests and wildlife from threats and challenges due to climate change, but this also had to been postponed to 2021.

While coronavirus has affected million of lives, for the worse, it has brought some drastic changes in the climate, both for the better and for the worse.