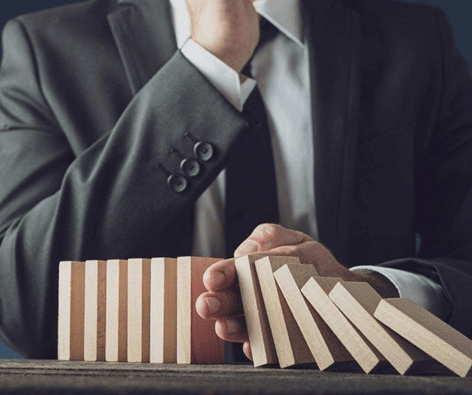 According to the National Bureau of Economic Research (NBER), a recession is, “A significant decline in economic activity spread across the economy, lasting more than a few months, normally visible in real GDP, real income, employment, industrial production, and wholesale-retail sales.”

Since the start of 2020, the entire world economy has been affected by the Covid-19 pandemic. This has led to a global recession occasioned by the lockdowns and restrictions of movement experienced in many countries. The world has been described as a global village, and what happens in one country almost always has a ripple effect affecting other countries. And since the worst-hit countries by the pandemic were also the world’s largest economies and industrial giants, the economic recession spread quite rapidly worldwide. This recession started in February 2020 and is still being experienced to date.

The restrictions imposed in many countries caused a sharp economic downturn because many people could not go to work, meaning that many businesses had to close. This of course translated to no income for many households. Many industries such as the hospitality industry were badly hit and in many parts of the world virtually collapsed. Stock markets crashed and many businesses generally were no longer viable.

These situations left millions of people around the world wondering how they would take care of themselves and their families during the recession. And even though some governments stepped in to offer some form of assistance, many wanted to start their income-generating business right in the middle of the recession. The question was though, which business to start? And where was one to start such a business? The location has always been important in the establishment of any business. It was evident that some businesses survived, and others thrived amongst all these negative activities. Most that survived were recession-proof businesses.

Initially, some of those that thrived were those that were involved in the manufacture of covid prevention material, for example, masks and other forms of protective equipment. This was because they met a specific need at a specific point in time. In countries in Africa for example, the cloth facial mask business became overnight money minting business with governments and other institutions purchasing large quantities of masks. This created jobs for many households who only needed a sewing machine to get the work done. Of course, the advent of cheaper manufactured masks mostly from China and other countries caused a reduction in the production of cloth masks. But it goes to show that with quick thinking adverse conditions can cause thriving businesses to crop up.

In many countries the recession brought with it civil unrest further exacerbating the situation. This has caused a huge reduction in consumer activity. However, amidst all this, some businesses continue to survive. And some new businesses have even been started surprisingly! Most of these businesses are in the health, food, and retail sectors. We will consider a few of these.

Some require a certain amount of education and expertise, for example, those dealing with health. It would be both illegal and unethical for one to engage in such a business with no education or experience in health. Because people’s lives are involved. During and after recessions the health care sector normally grows. This is because many people especially the elderly need specialized care, and many people also want to in some way improve their health to create some form of immunity from future illnesses. This has thus enabled some to start businesses that can offer home-based care to the elderly as well as supply nutritional and dietary supplements to those in need of improving the quality of their health. Of course, the startup expenses for such businesses could vary depending on the route one chooses to take. If one for example decided to open up a gym or wellness center, the initial startup costs could be higher than one who starts a business offering home-based care or a supply of supplements. But for sure this is an industry that is recession-proof and can generate a steady income.

The food industry is another that withstands recessions and sometimes can grow during a recession. The fact is people must eat, recession or no recession. So any business that would involve the supply of foodstuff would be able to thrive. Of course like with most businesses, location will be key. Having a store in a place with high human traffic will be very important. Then one needs to do some research. Which kind of households is in the neighborhood? What do they use regularly? Such research will better prepare one to only purchase only fast-moving goods for stocking the store. Be ready to expand to other items as you notice demand. Where the law permits you may also be able to stock up on commodities such as alcohol. Studies have shown that consumption of alcohol increases during periods of recession. Surprisingly sales of so-called comfort foods and candy also increase during a recession. So do you have baking skills? Can you make cookies and cakes? You can put your skills to good use by stocking your homemade products in the store. You will be surprised at how fast your stock will move. A report says that during the Great Recession, in the US candy consumption increased. Many candy-producing companies registered substantial growths in profit during the recession period.

When starting such stores of course it will be necessary to decide on the hours of operation. If you were to open up the store 24 hours a day, then doubtlessly you may need to have employees who will man the shop at times when you are not in. If on the other hand, you decide to run the business yourself, then you’re your hours of operation may be much less. It is also crucial that you can work with the public. In such a store great social skills are necessary to help you deal with all the different kinds of people you will interact with.

During a recession, many people also cannot afford to eat out. And during the lockdown, most restaurants were shut. So many households reverted to cooking in their homes. This means they had to buy groceries. So having a grocery shop during the recession is a wonderful idea. All one needs to do is have a good variety of foods available. Vegetables, dry foods, meats, and other food products would be ideal. The most important thing with this business again is location. If one were to set up such a grocery store near a heavily populated area, then for sure one would always have customers. Introducing value-added services like home delivery will create more business for the shop owner. Initial setup costs may be high if one wants to build or rent space, but the income will be worth the investment.

Another area that one could invest in is training and tutoring services. Many who lose their jobs because of the recession opt to go back to school. Of course, to be successful one needs to have a passion for teaching, and have some knowledge in the subjects to be tutored. It is also possible to use video conferencing to tutor thus increasing the pool of potential clients one can have. Of course, one may need to invest in advertising of one form or another, but if one is good at what they do, then without a doubt one will get plenty of referrals thus boosting one’s income.

Retail consignment is a business that is recession-proof too. Many people have things they no longer use that they want to dispose of. If one had a place to house these used items, then they would be in business. One would act as a sort of middle man between the sellers, those disposing of the goods, and the buyers. The very nature of the business means that it has to be located somewhere where customers can walk in and view the items on sale. That would be ideal for people who prefer to work from the confines of a shop or office. It requires great social skills as there will be constant interaction with all cadres of people. Considering that most likely the seller would have already set his base price for any item he or she is selling, one would have to have very good selling skills to be able to make a good profit.

Those in the Information Technology (IT) field have a unique opportunity to establish recession-proof businesses. Especially is this true of software and web developers. Research shows that one of the fastest-growing industries during a recession is IT. It is an industry that requires a specific skill set. These businesses can be started at relatively low costs because most of them are conducted online. It means that one needs to have a good computer, a working phone, and a catchy website as well that can be used to advertise services offered.

Surprisingly, child care centers are also an example of recession-proof businesses. One would think that during recession parents would be home and thus negate the need for child care centers, but statistics speak a different story. Despite the recession, the number of child care centers has been increasing. Probably because many parents attach a lot of importance to child care. They would opt to have a professional child or daycare center to look after their young ones. These centers may require quite some work setting up, because of the ages of the children involved, but once one is through with the initial setup, then the business generally is self-sustaining. The biggest challenge therefore would be how to handle the children and keep them occupied while they are at the center. So if you enjoy being around children, enjoy taking care of them, and are tolerant with them, then this is a business to consider.

One other interesting recession-proof businesses are tattoo parlors. In developed countries especially, they generally experience good sales during periods of recession. More and more people seem to want to get tattoos even in the Covid-19 induced recession period. However, this is a specialized field as one needs to have a certain amount of experience and also have some artistic skills. Those who may have been employed in tattoo parlors of course would have a huge advantage because of the experience they would have. Good tattooing skills would automatically translate to increased profits since quality tattoo artists are much sought after and clients would be ready to pay a premium price for services rendered. Again the word of mouth advertising would work very well if one was good at what they do. Offering home services could also be a plus. Understandably this kind of business would not offer as high an income as previously discussed businesses. But if one can build a good portfolio and have a clean working environment, then definitely one would build up their brand and make a name for themselves. Startup costs for this kind of business are generally low, but if one was to decide on a fixed location business, then of course the cost of premises would have to be factored in. In some places, a mobile service would be preferred by clients and that would reduce overhead costs substantially. All one would need apart from the tools of the trade would then be a good phone, business cards, and probably a well-designed website.

All in all, one has to be observant and proactive in searching for a good location and also be discerning to determine which business to start. Looking to start a limited company in the UK then head to Seed Formations for more information